Since leaving the Conservatoire d’art dramatique et musique de Montréal at the age of 21, where she performed in multimedia events under the direction of Micheline Coulombe St-Marcoux and Huguette Uguay linguiste, Pascale Malaterre  continues an visual artist carrier, begun at Cegep. She also studied song/poetry, Butho, mastery of the Spanish dagger, computer science, video and photo camera work, writing, in order to absorb the shock that she felt from the katajjaq and Infonie, as well as the electro- acoustical dramaturgies presented during the last visit of Pierre Schaeffer in Montreal shortly before his death. 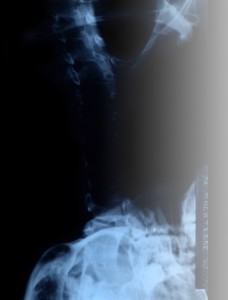 On 8 June 2007 performed Sésame ouvre-moi at the Centre Clark (general agent Julie Favreau), in interactivity with an environment by J. Lakatos and Artificiel (Burton, Roy) following Blant (Périmètre, Centre Dare-Dare) and Au 6281 with the Bulbes. For the tenth anniversary of the Mutek festival in June 2009, Beyond 6281 was presented in the fifth auditorium of Place des Arts. In August 2007, she directed and exhibited at the Galerie la Centrale Par les jardins: décalage et accueils délicats, following an installation and performances at the SAT-Htmelles.

Every 17 January over the last few years, fête Internationale de l’art, in Montreal and now in Paris, she has organized collective artistic endeavors: in 2011-10 on the Web, in 2009 in the large stairway of the CFDT trade union in the 19th arrondissement of Paris, in 2008 carte blanche at studio XX around her photos. These events were preceded by an endeavor between Studio XX / La Centrale and Oboro, and by an intervention in Parc Lafontaine that adopted an idea of J. Lakatos (with whom she co-produced Fictions 1988, a video that included some 3D). In 2002, performed (Web and live dance video) in Choc by Michèle Boudreau, fifth auditorium in Place des Arts, and the memorable John Cage en liberté, by the orchestra conductor Véronique Lacroix, of the Ensemble Contemporain de Montréal, Pierre Mercure Auditorium.

Video producer (including the several J’accuse in 2000, GIV, Télé-Québec, Festival Résistances, Champ libre…), some of her tapes were distributed by Vidéographe and Heures exquises. Director of the video-multimedia section and host of the Festival de Cinéma Québécois de Blois from 1990-1997.

Cyberspace artist since 1996, Pascale Malaterre was the author, among other things, of Ex-Voto, site noted by France Culture, put on line in 1996 at CICV-Centre Pierre Schaeffer. She is also credited with L1001S, site produced at Vidéographe, Festival Nouveau Cinéma, La couleur la + abstraite de la solidarité, sous le tipi du Centre Beaubourg, STYNX (at FILE, Brazil in cooperation) and La femme cryptée, a site that received death threats in 1997 from French fascists, creating jurisprudence in France after the legal proceedings.

She has been the recipient of several bursaries from the Arts Council of Canada, the Conseil des arts et lettres du Québec, the Ministry of International Relations, the OFQJ. She has sat on numerous bursary and festival juries including Les Rendez-Vous du Cinéma Québécois en 2003.

In Montreal, she sat on the boards of directors of PRIM and Studio XX, for which she hosted its tenth anniversary in 2006 at the Monument National. She began her carrier conducting a poetry event for Claude Haeffely, co-investigateur de La nuit de la poésie avec Gaston Miron. She’s actually preparing a new media hommage to Claude Haeffely, aged of 85 ans and still writing and drawing poetry.

Arriving in Quebec at the age of six and nine, she grew up in the multicultural neighborhoods of Montreal. Her mother did not forget that she was born in Morocco in 1962, of a Franco-Occitan father who was a doctor (his diploma was not recognized by Immigration Canada) and of a Catalan mother who was a teacher who became a professor in Montreal.

A dream of Interculturalism, of the Transfeminine not held in contempt, of a less exclusive society where social and mental health would be benefited by the poetic presence of the Arts and Culture in constant evolution (°)>?).